How The Judas Tree Got It's Name

The Judas Tree is one of the most beautiful flowering trees there is, so how come it’s got such a morbid backstory? Is there any truth to the claims that Judas Iscariot hanged himself from a Cercis tree, or is this lovely species a victim of a long ago translation mistake? Here we look further into the Judas Tree story and at the many benefits of this stunning tree. 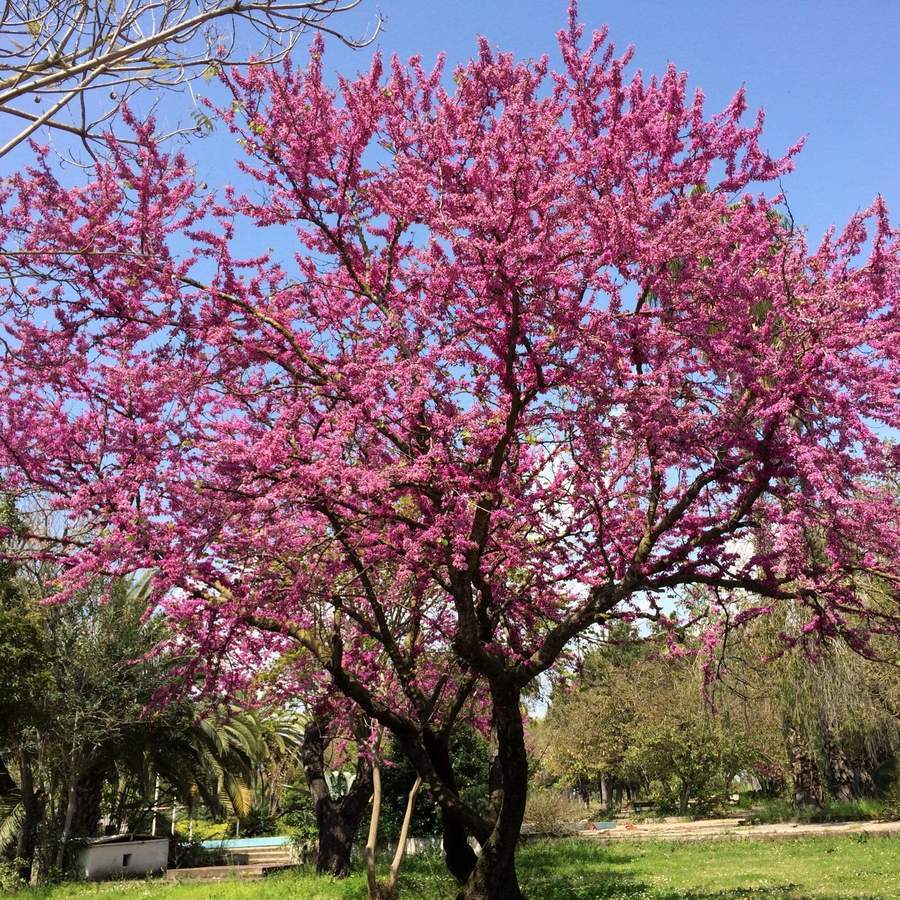 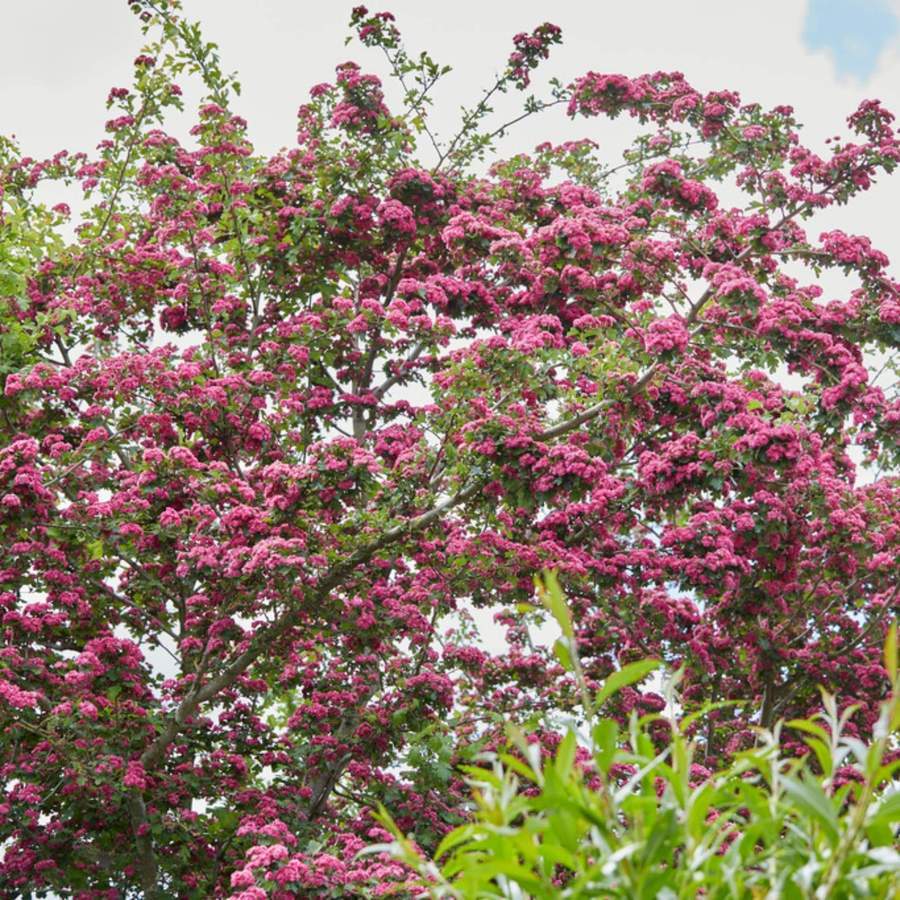 It’s commonly believed that after Judas betrayed Jesus, he was so ashamed that he hanged himself. So far, so Biblical. But then over the years, folklore has sprung up about the specific tree that he used. The story goes that the Redbud tree used to have white flowers, but it was so embarrassed about its connection to the betrayer of Christ that they turned to a blush colour.

So where does this story come from? It may be as simple as a translation error.

It’s true that Cercis trees have grown in the middle east for thousands of years - especially in the region of Judea. In French, the common name for this tree is ‘Arbre de Judee’ (Judea’s tree) and it looks like ‘Judea’s tree’ has been corrupted over the years to ‘Judas tree’. An unfortunate slip, but one that has stuck!

There are, however, alternative names. It’s sometimes called the Love Tree, due to its large, heart-shaped leaves (and also, what’s not to love?) or Redbud. The Latin name Cercis is rather more prosaic - it comes from the Greek kerkis, meaning a weaver’s shuttle, which is what people thought the seed pods looked like.

It's one of the earliest trees to flower

Cercis bursts into flower in April and keeps its spectacular bright pink blooms throughout May. In addition to looking amazing in your garden, this makes it a highly valuable tree for pollinators, with some gardeners reporting huge clouds of bees collecting pollen and nectar from the flowers each spring.

It was around long before we were

Fossilised remains of Cercis tree bark have been found in Malta and dated to around 45 million years ago, long before humans appeared on the scene. 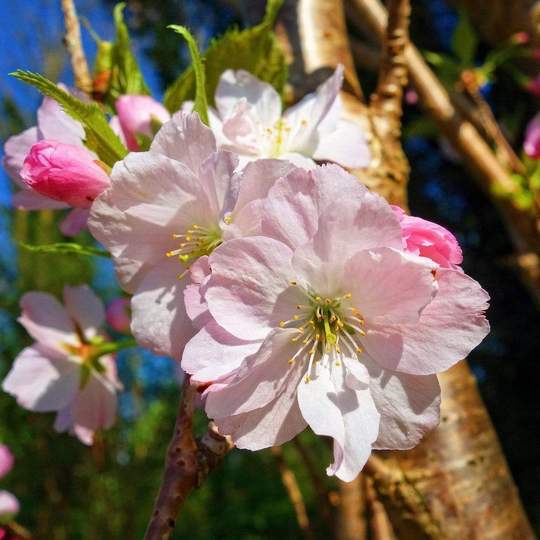 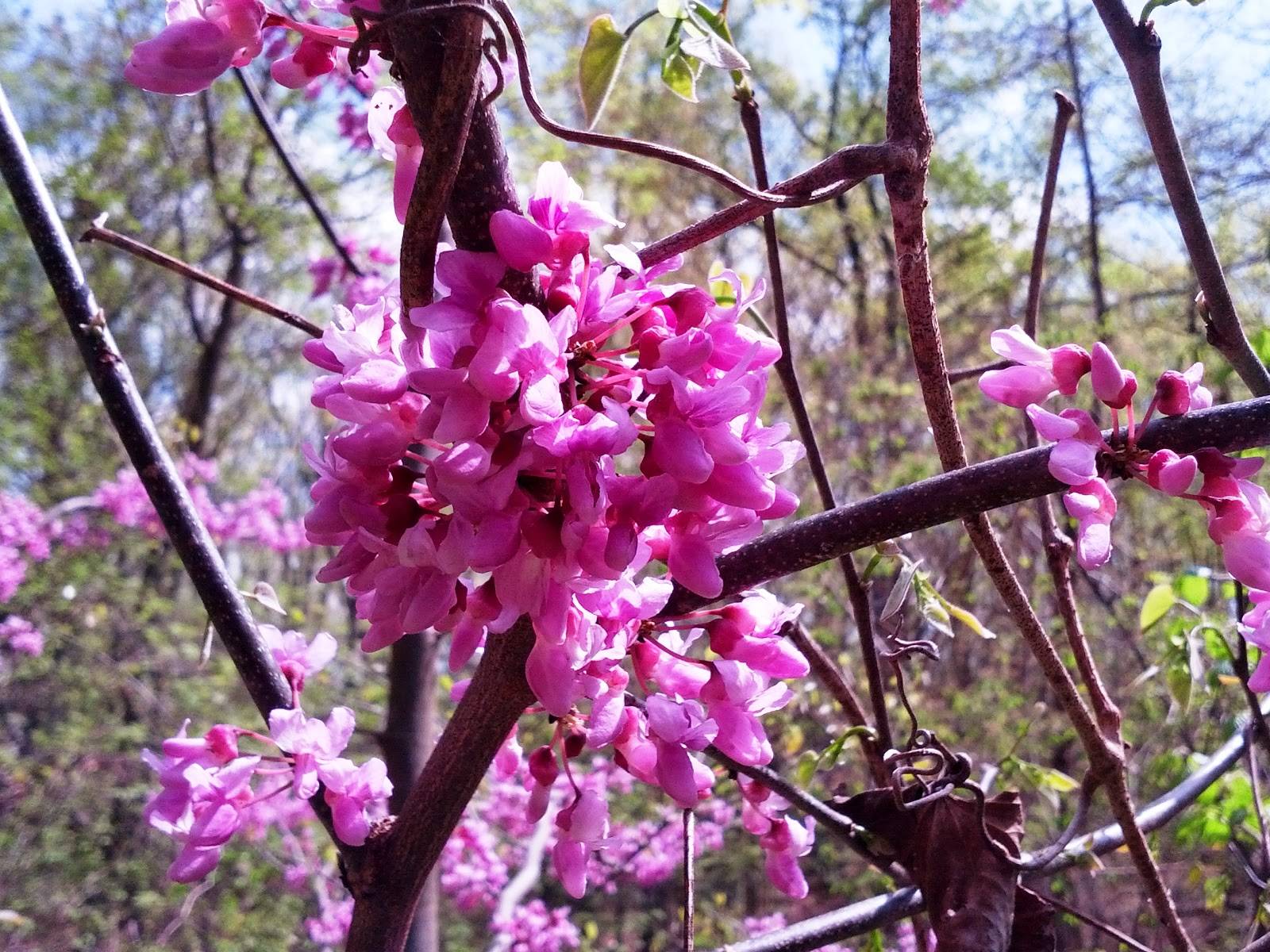 With their showy blooms tapering off into long, thin beak-like stems, Cercis flowers are said to resemble the little birds that feed on their nectar in warmer climates. They’re also edible - the flowers, that is!

Flowers grow on the trunk

Cercis is one of the few remarkable trees to grow flowers from its trunk, in a natural phenomenon known as Cauliflory. It’s thought that certain trees developed this ability in order to allow them to be pollinated by animals that climb the trunks of trees. No wonder it’s survived for millions of years! 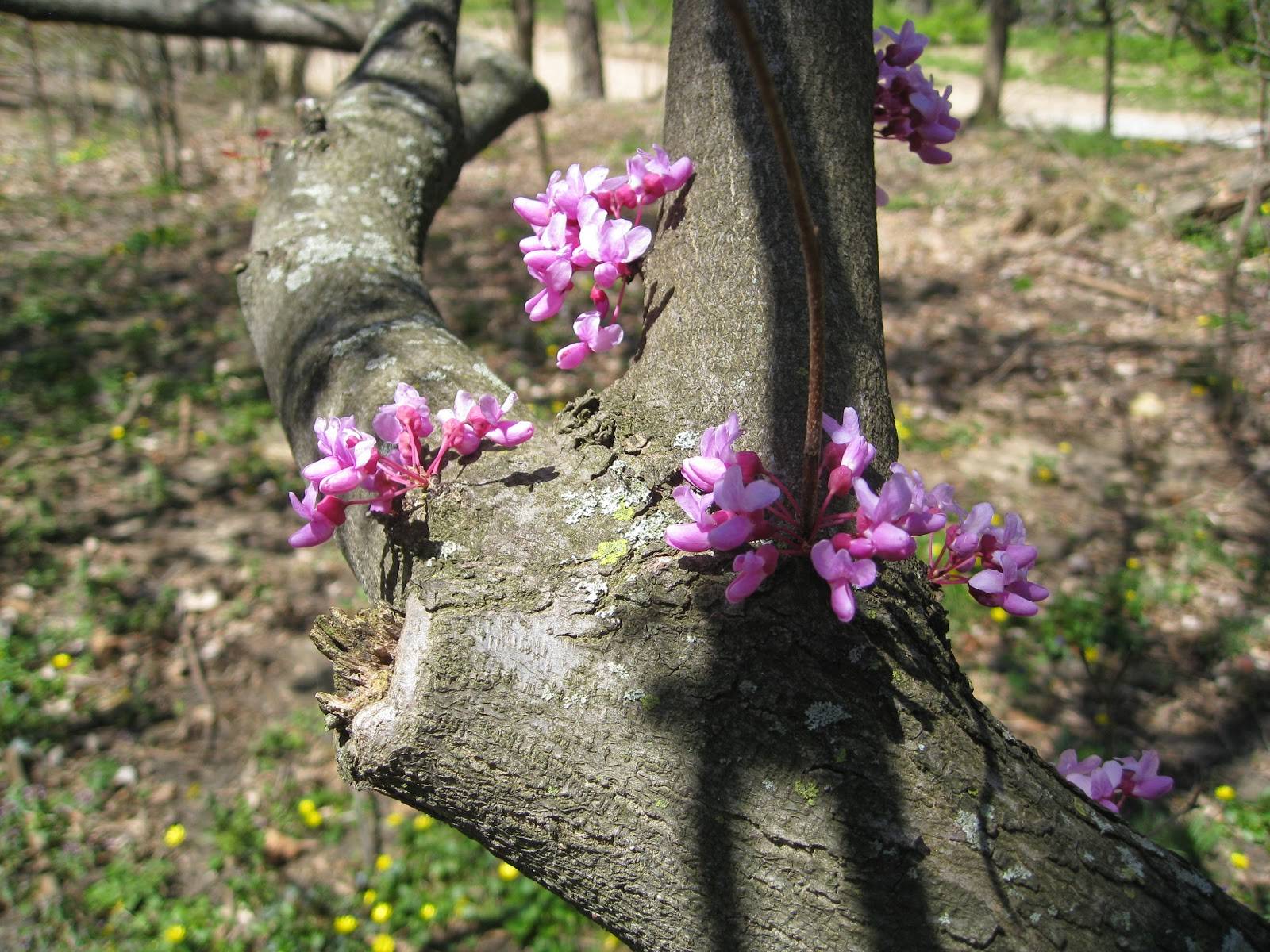 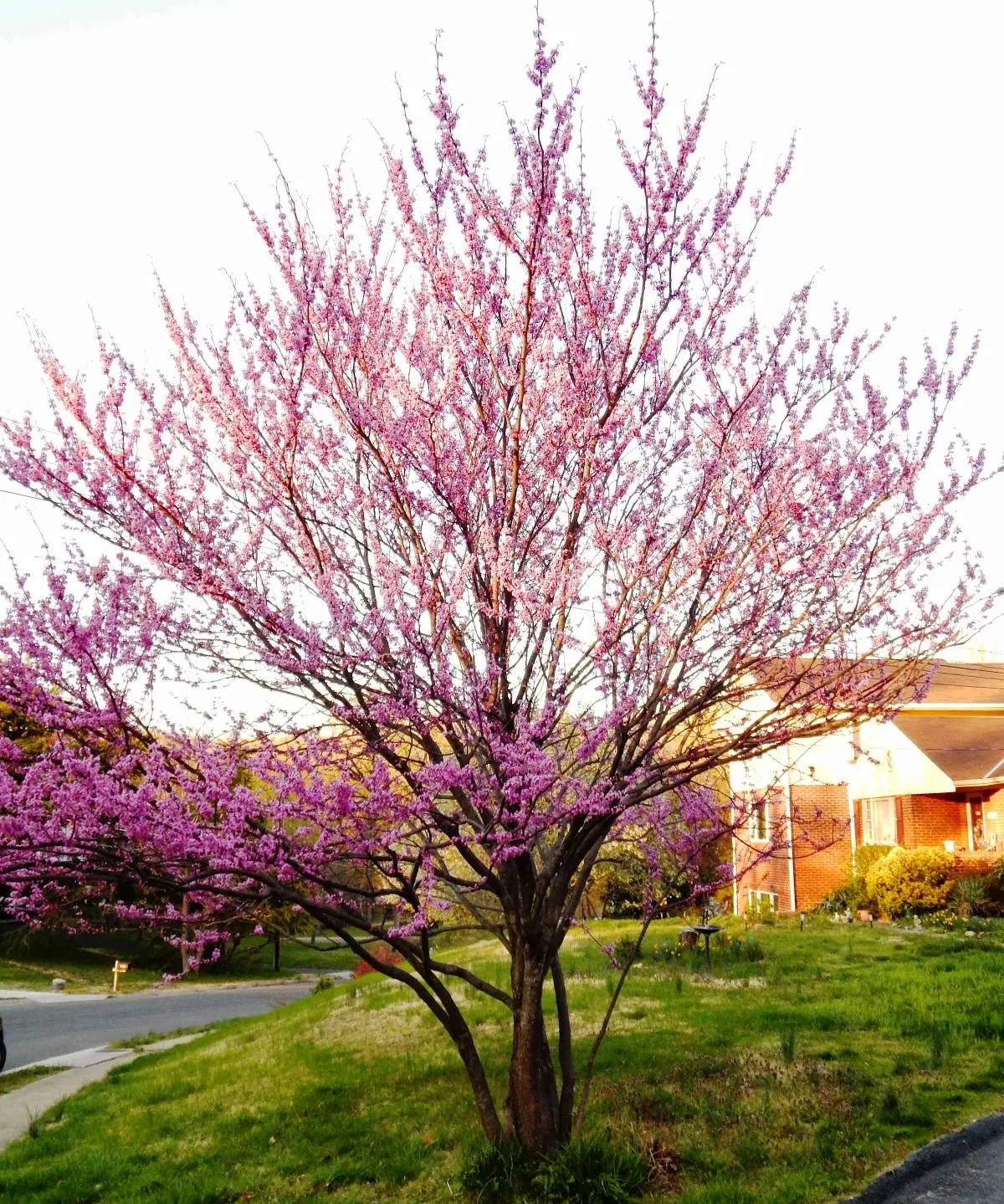 How to get the best from your Judas Tree

Cercis is an undemanding, low maintenance tree which will be happy in most soils. It flowers best in full sunlight, but will also tolerate partial shade. It’s drought tolerant once established, but can suffer from waterlogging damage - you can prevent this by adding horticultural gravel to your planting hole to make sure the soil around your tree has good drainage. Pruning isn’t necessary unless you want to shape the tree or limit its size. If you do prune, this must be done after blooming time as the new flower buds form on old wood in autumn.

Cercis has shallow roots so can even be grown in a large pot.