Roots Guarantee Your Plants for 5 Years

Roots 5 Year Guarantee | Any problems with your plants, we'll send you your money back

How to Train your Fruit Trees: Cordons, Fans and Espaliers

How To Train Your Fruit Trees: Cordons, Fans and Espaliers

One of the questions we get asked the most is how to train fruit trees into shapes. Training trees into an attractive espalier, fan or cordon shape can help space the branches out, get more light to the developing fruit and save space in your garden - here we explain how. 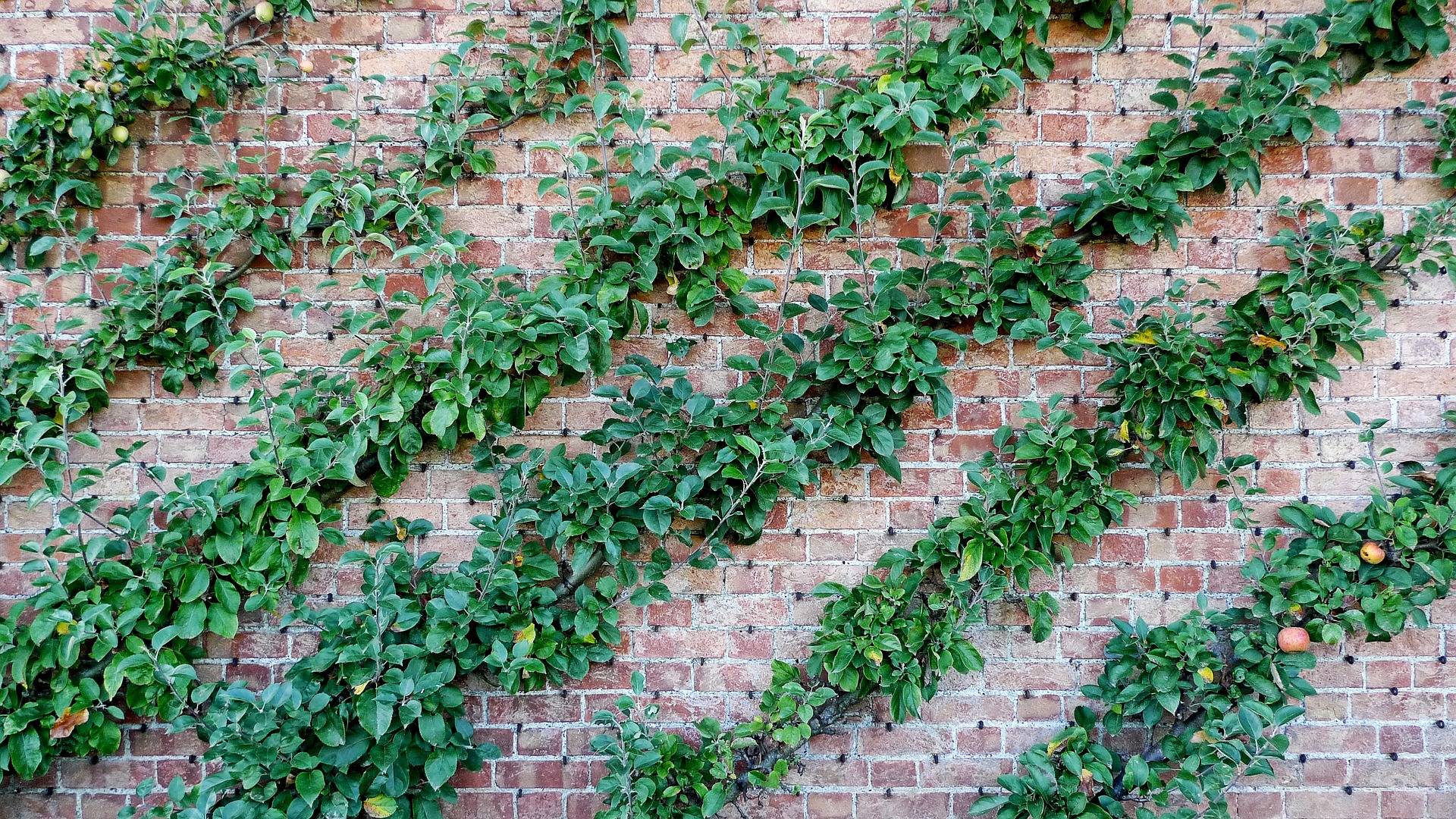 A cordon is a tree with a single stem trained vertically or at a 45 degree angle with short, evenly-spaced fruiting spurs all the way up it. (Spurs are short branches that flower and set fruit) It’s a great way to save space while achieving a large crop of fruit - you can plant cordon trees as close as 60cm apart. Grow them against a fence or wall tied in with wires, or freestanding with a tall stake.

Prune your tree in late summer. Cut any side shoots that are over 23cm long, back to three leaves from where the current season’s growth starts. When the cordon has reached the top wire, prune the leading shoot back to a leaf joint at the height you want. Thin the fruit to one per cluster.

Cordon training is suitable for apples which are spur bearing, such as Egremont Russet, Cox’s Orange Pippin, Gala and Braeburn. All types of Pears are suitable. 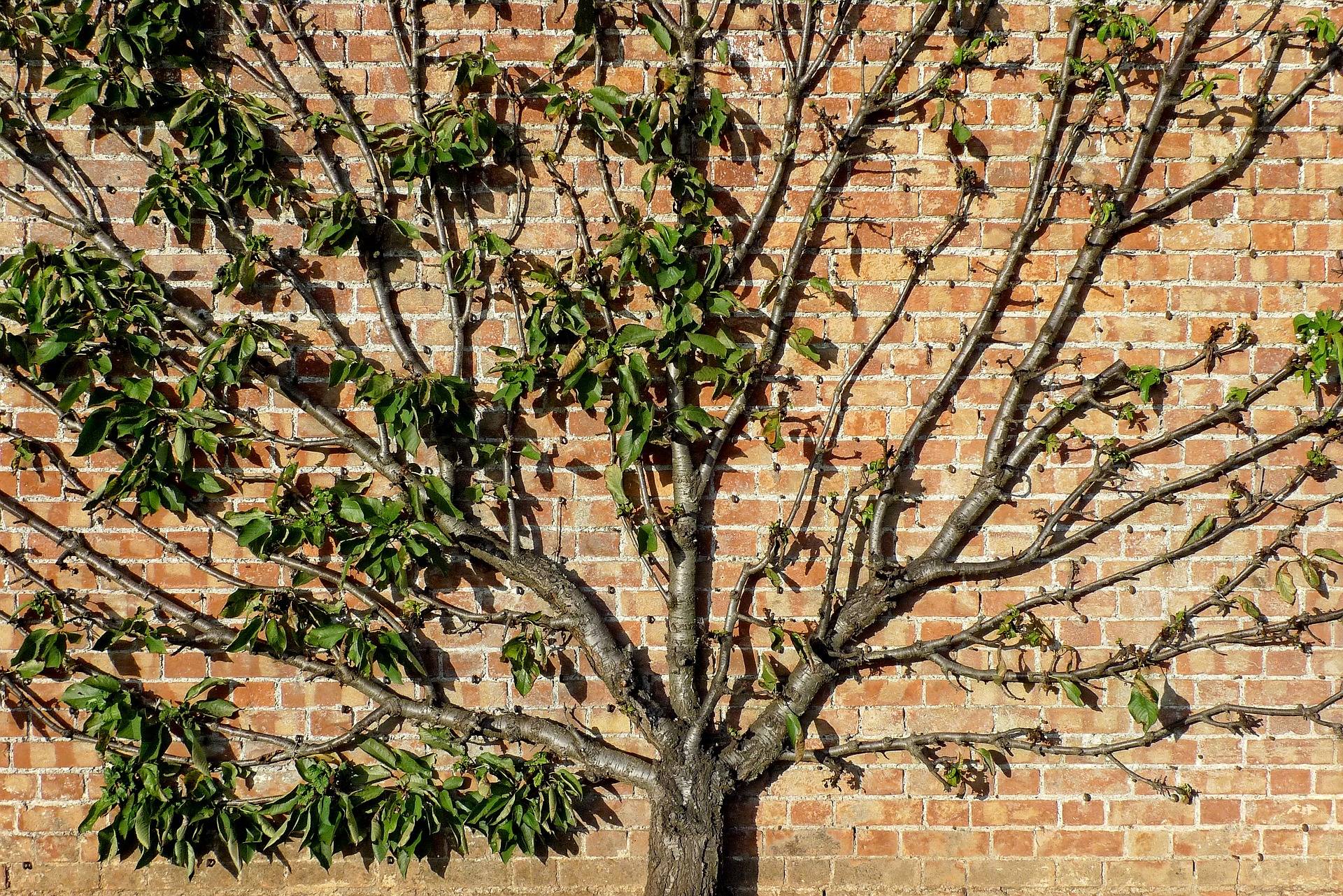 A fan-trained tree is grown flat against a wall. It has straight branches fanning out at 45 degree angles from two to four main branches on a short trunk. This shape makes sure every part of the tree receives a good amount of light.

In early June, select two strong shoots close to the tip of the tree, and tie them to canes set at an angle of 45 degrees. Remove all other shoots. As the two branches grow, tie them in again along the upper part of the bamboo canes.

If the two trained branches have grown well, in the following February, cut both branches back to twelve inches from the point where they started to grow last February. This will give you 10 buds, which will form the main frame of the fan shape. New shoots will start to grow from these buds. Select four shoots on each side of the fan and tie them again on bamboo canes so that they fill the fan space over a 180 degree area. Leave the centre of the fan empty to allow for growth.

Once the tree has produced fruit, it needs to be pruned to make room for the new growth. The best time to do this is immediately after the crop has been picked. If any sub laterals (new branches growing off the main ones) develop, cut them back to 7-10cm.

You can train cherries, plums, peaches, apricots, nectarines and figs as fans. 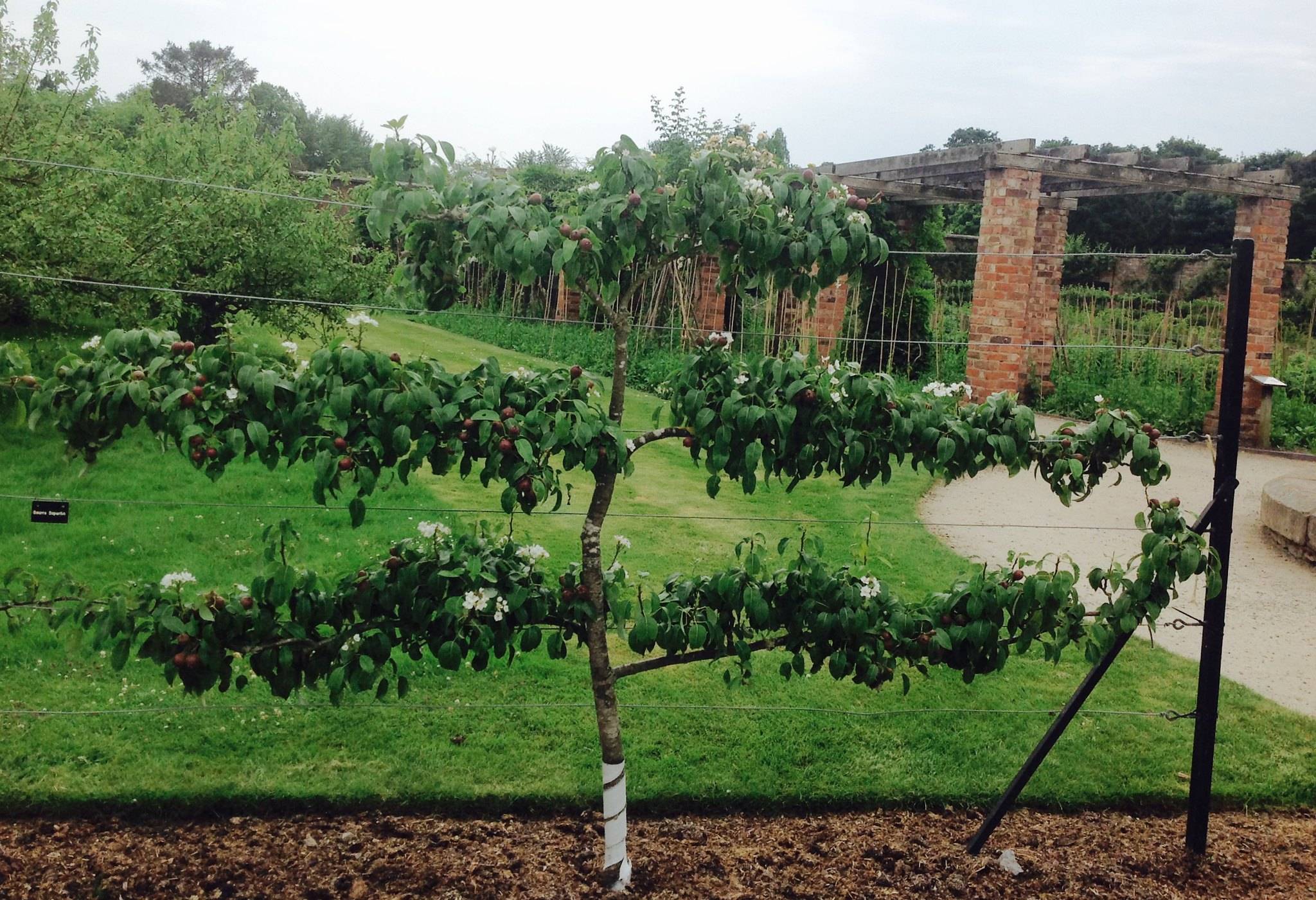 Espalier trees are symmetrical, with horizontal fruiting branches trained on each side of the central trunk. They’re usually trained against a wall (south-facing is best) but can be grown freestanding as a living screen, trained on wires.

Prune in mid-May. In the first year, your espalier should have two side branches 40-75cm above soil level and an upright branch. Tie them in at an angle of around 60 degrees from the horizontal. Wait until mid-August, then lower the two side branches to the horizontal. In the last week of August, remove any surplus upright growth, then cut a notch about a third of the way through the upright branch at the height you would like the next tier to form (usually about 45cm above the first two). This will encourage the tree to grow branches at that point.

In the second year, build the next level of the espalier in the same way. Prune in spring. The following August, form the final tier of the espalier, selecting two branches and training down to a 90-degree angle. .

Only start winter pruning once the tree has produced fruit and needs to replace its spurs.